Breast health is a hot topic in the public and in the scientific community. PubMed alone offers more than 340,000 studies related to the breast and cancer. The topic brings fear and anxiety to almost every woman. So much of the media attention on breasts is about cancer and not necessarily about breast health. There are a variety of lifestyle changes we can employ for our overall health, but what about breast health? Something most women do every day specific to the breast is wearing a bra, but does this practice support breast health?

A 1991 study conducted at Harvard University showed premenopausal women who do not wear bras had half the risk of breast cancer compared with bra users. Then in 1995, medical anthropologist Sydney Ross Singer and his wife, Soma Grismaijer, conducted an epidemiological study with 5,000 women and wrote their findings in a book called Dressed to Kill: The Link Between Breast Cancer and Bras. Their research showed breast cancer risk dramatically increased in women who wore their bras more than 12 hours a day.[TC1]  Important to note, this was an epidemiological study and therefore only shows a correlation, not causation.

A Chinese study in 2009 revealed that sleeping without a bra dropped a woman’s risk of breast cancer by 60 percent. In 2011, a study in Venezuela found bras that left indentations or red marks on the body, especially underwire and push-up bras, were a risk, particularly in fibrocystic breast disease. In 2015, another study in Africa, where a segment of the population wears bras only on important occasions, found a significant correlation between cancer and tight-fitting bras and duration of wear.

Later that year, the National Cancer Institute (NCI) performed its own research in the U.S. and concluded no relationship. This study only included women 55 and older, all of whom wore bras; therefore, the study did not have a good control group to compare the data. NCI and Susan G. Komen reference this one study when they deny the link between bra wearing and cancer. Even the most skeptical would not jump to a conclusion so quickly based on only one study.

While we wait for more research, it is a good idea to take a look at the breast physiology to understand it. Wearing bras, especially tight bras, will restrict circulation in the breast area. The breast tissue is normally flushed by clear lymph fluid into large clusters of lymph nodes residing in the armpits and upper chest. Lymphatic vessels are very thin and therefore sensitive to pressure. By compressing them with bras, less oxygen and fewer nutrients are delivered to the cells, while waste products are not able to be flushed out, which can lead to inflammation in the area. Therefore, it is good practice not to restrict this area for long periods of the day, and especially at night. 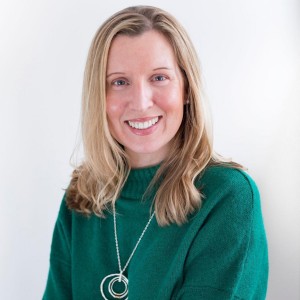 Shanna Rivera is the owner of Flow Well. Shanna is devoted to her mission to improve her own health and her patients’ health through the use of Medical Thermography and many more health-enhancing modalities.

3 Reasons to use Thermography as an Analysis for Eye Health

Many of our thermography patients have seen hyperthermia in the inner canthus of the eyes.  This heat signature could be from many things. One could be eye strain. It could also be lack of sleep,...
Read More

Discussion with Dr. Troy Munson from the Revealing Wholeness podcast: Have you heard about thermography? Click this link and listen to learn if thermography is right for you! Dr. Munson, DC and Shanna Rivera, CTT...
Read More
Posted in Uncategorized